Welcome to Humanities Commons. This is your first post. Edit or delete it, then start blogging! 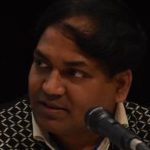 He contributed to Digital Education Initiatives in India known as the ePG Pathsala, a Ministry of Human Resource Development project for writing the five modules in Literary Criticism (English).

His well-received books include Astitvrasa: Aesthetics of Interrogation (2017), Acts of Literary Theory (2017), Introducing Digital Humanities (2016), Interpretation: Essays in Literary Theory (2011) and Liminality, Mimicry, Hybridity and Ambivalent in Literary Speculations of Homi K. Bhabha (2010). He has delivered more than 50 expert lectures at various institutes of Higher Education in India.
He is the founding president of the Indian Society of Digital Humanities. Developed Humanities Inspired Technology for Society Lab (www.hitslab.in) Recently, engaged in the NPIU (a Unit of MHRD-India), under the TEQIP Collaborative Research Scheme, sanctioned a research project titled “Cognitive Literary Studies for the Progress of Computational Cognitive Modeling: A Humanities Inspired Approach to Technological Advances”. As principal investigator of the project, he leads to establish Humanities Inspired Computation as an experimental theory of knowledge in the field of Advance Humanities.

One reply on “Hello world!”

Hi, this is a comment.
To get started with moderating, editing, and deleting comments, please visit the Comments screen in the dashboard.
Commenter avatars come from Gravatar.

This site is part of Humanities Commons. Explore other sites on this network or register to build your own.
Terms of ServicePrivacy PolicyGuidelines for Participation